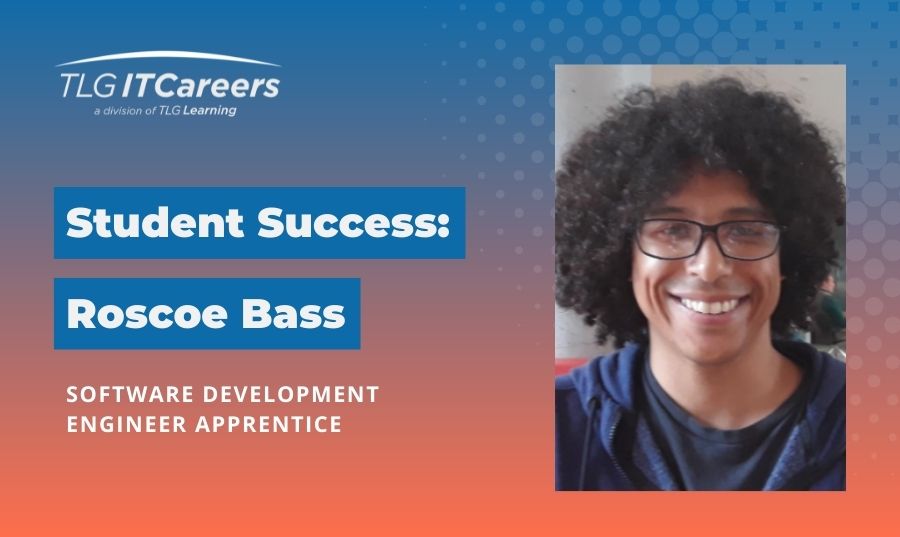 Roscoe
has had multiple lives: from serving in the United States Navy to professional dancing, competitive boxing and coaching.&nbsp;To entertain himself he studied math and took courses with Khan Academy.

Seeing unrealized interest and talent, Roscoe’s girlfriend mentioned he might want to look into a program she’d heard about called Apprenti. He took the assessment and received a competitive score on the first try. Before he knew it, Apprenti was calling and offering him the chance to interview with Microsoft. He studied up on Microsoft’s initiatives and interview practices—and wowed them!

Roscoe joined the first-ever cohort of Software Engineering apprentices for C# training at TLG Learning. From there he progressed into the yearlong on-the-job training on Microsoft’s campus. When the time came, he interviewed for a fulltime position and now he uses his programming chops to help transport Microsoft’s critical financial data.

Looking back, Roscoe believes the frenetic nature of his career was out of a need to always be learning. He’s found his match working in data, constantly sponging up new ideas and putting them to work. As for Roscoe’s other match? Yes, he’s still with his keeper of a girlfriend.