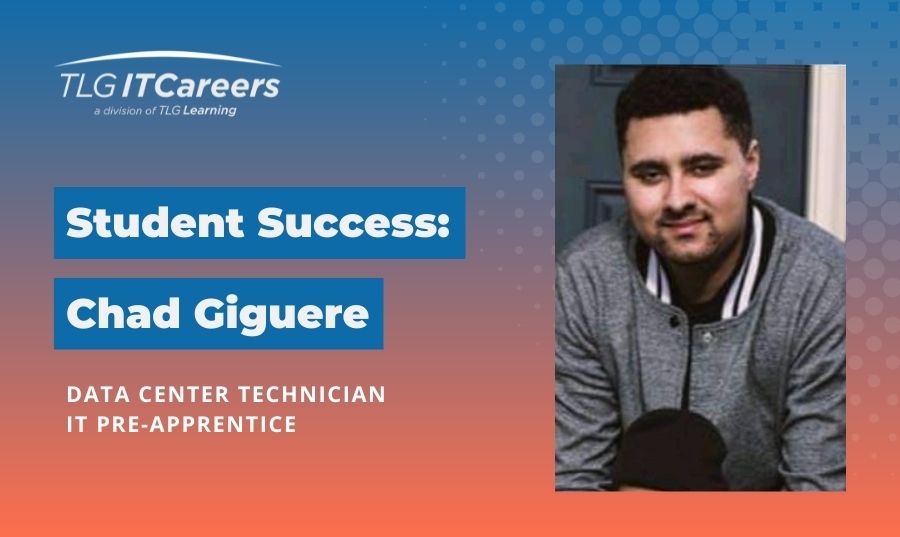 As a child growing up in Rhode Island, Chad Giguere had
dreams of becoming a fighter pilot. By the time he was old enough to take the military placement assessment, he had seen news and footage of the 9/11 attacks and decided the fastest and most direct impact would be in the infantry.

Following six years of service, Chad concluded his infantry
career at Joint Base Lewis-McChord and endeavored to enter the private sector. Though infantry experience tells volumes about leadership, grit, and bravery,
the only employment opportunities that came calling were in security and
construction trades.

Chad started searching for the fastest, most direct route
out of these trades and into information technology. Soon enough he found his way into Apprenti, scored well, and secured his path into IT as a TLG IT Pre-Apprentice.

Certifications and fresh IT resume in hand, it was still a
struggle to get employers to see Chad as an IT candidate. Like so many
quality candidates looking to transition into a new field, he just needed
attention and intention. Thankfully, TLG Learning was able to introduce Chad to their hiring partners at TEKSystems. They took the time to meet with Chad, get to know him, and hired him into an IT role.

Today, Chad is happily working and serving his own
aspirations with his new career. With the passing of another 9/11 anniversary we reflect on how many people sidelined their personal careers to serve and protect our country. With the shared commitment to helping veterans, TEKSystems, TLG Learning, Apprenti, and others continue to create pathways for servicemembers like Chad.