IT Pre-Apprentice shifts from Physical Fitness to Mental Fitness 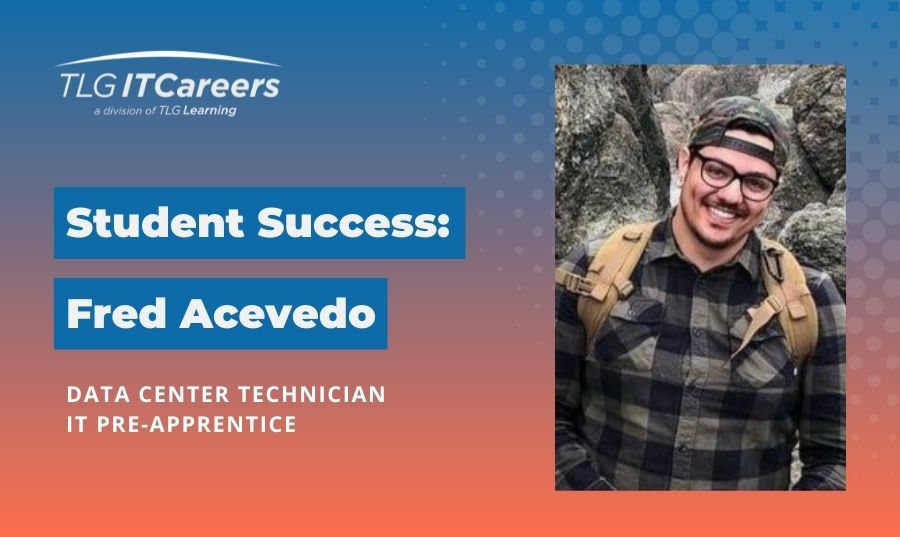 Despite beautiful beaches, the quiet Florida town of Fred Acevedo’s youth was not a likely environment for sparking and fostering a passion for Tech. Though he enjoyed tinkering for hardware and software, he didn’t see a clear path to a career. And after graduating, Fred gladly followed the footsteps of his parents and enlisted in the United States Army Infantry.

While serving both stateside and on deployment, Fred found a knack for optimizing and performance tuning. In this case: the human body. In addition to his service duties, Fred kept himself and his fellow soldiers augmented with a careful eye on nutrition and rigorous fitness regimens.

Seven years later, while preparing to transition out of the Army at Joint-Base-Lewis-McChord TAP, Fred set his sights on moving out of physical fitness into mental fitness. Luckily, he ran into TLG Learning and the Apprenti program.

Fred had no IT background, but he felt confident enough to take Apprenti’s online assessment of critical thinking, math, and soft skills. Though he had up to four opportunities to take the free online assessment, he was delighted to learn he did well enough on the first shot to qualify for TLG Learning’s Pre-Apprenticeship.

Fred joined the Datacenter Technician Pre-Apprenticeship cohort at Camp Murray, WA in June of 2019. The 180-degree pivot was intense, but Fred found the discipline he’d developed in the service enabled his progress. By October 2019, Fred had several technical certifications and a new job with local tech consulting company, QAnalysts.