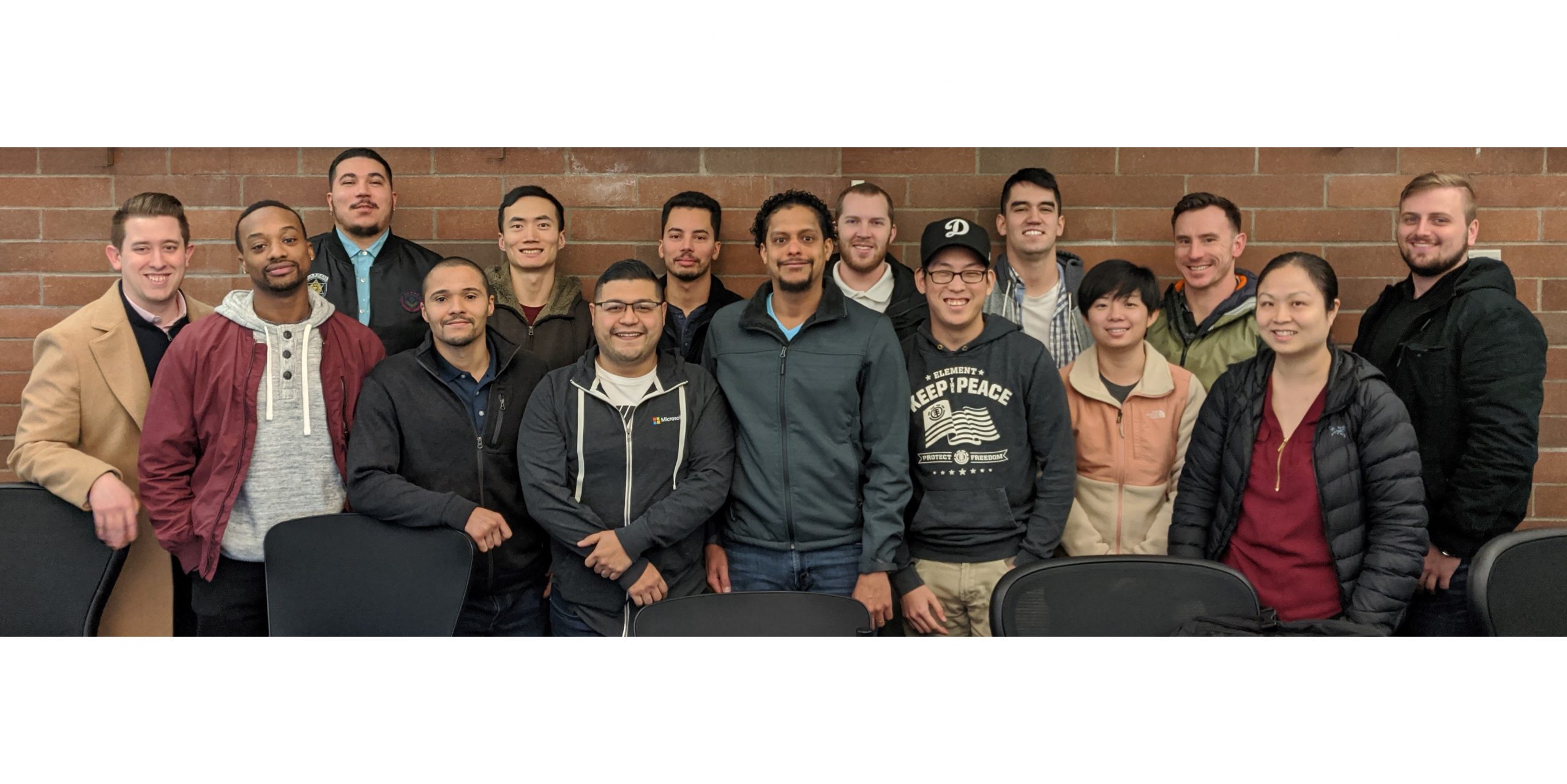 This group started their IT training on-premise at Camp Murray in January 2020—the same day the first coronavirus case in the U.S. was confirmed in Washington State. By early March, the cohort training location had to be changed to make way for Vice President Mike Pence’s visit, and subsequent state of emergency personnel based at Camp Murray.

Soon after that, for the health and safety of all, restrictions were placed on all in-person classes at colleges and private career schools in Washington State. TLG and our IT Pre-Apprentices made the move from their physical classroom to Live Online with their instructor.

While waiting for adjusted legislation, every IT Pre-Apprentice began operating from their home. Many were learning from their dining room tables and spare bedrooms, some while taking care of kids who were also at home.

Thankfully, Senate Bill S.3503 was signed by the President into law. This law meant that each one of these veterans could continue their schooling and not lose their stipend for living expenses. Location and funding settled, each of these veterans plodded ahead with their program despite delays in exam availability, home internet connectivity issues, and more.

This unflappable group graduated on time with rich skills in networking, operating systems, cloud technology and Python programming. Of the 13, seven were hired ahead of graduation in IT roles with Amazon, Microsoft, and AT&T. The other six are interviewing and expected to land in great roles, further supporting our country by keeping our IT infrastructure safe and humming.

What a privilege it has been for TLG Learning to see these professionals strive and overcome. Bravo!

How to become a Software Development Engineer