Success Story: Multiple Offers In IT For This Veteran! 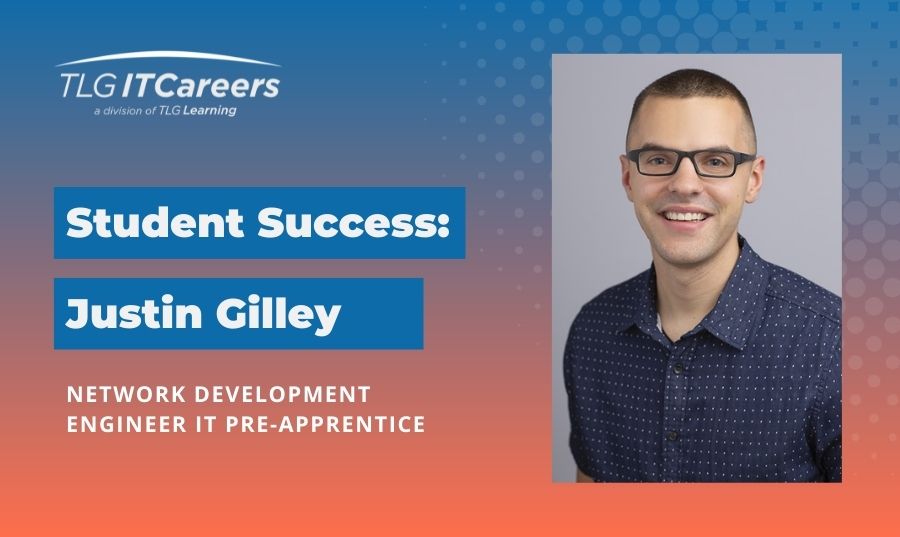 Choice, not chance, determines your destiny.

The same quote holds true in Justin’s success story of transitioning from the military into an IT Career. After earning a Bachelor’s Degree in Philosophy, Justin Gilley felt a pull to serve in the United States Military. He enlisted in the Army and served for four years before returning to his hometown. There he took a brief spin in retail before feeling the call to serve again. This time he chose to commit an additional two years to the United States Air Force.

Justin’s service included deployment to Afghanistan and widely ranging roles from telecom to security and law enforcement. The one constant was his adapting to meet the needs of varying systems, situations, and problems.

As he transitioned out of the service, he faced the real challenge of parlaying his unique mix of education and experience into a viable, meaningful career. His research brought him to a coding Bootcamp, and he graduated from the program just as the shock of the pandemic took hold and froze the job market.

His appetite for technology whetted, but only a few job opportunities were available, he decided to pursue an apprenticeship. Justin landed a spot in TLG Learning’s Network Development Engineer Pre-Apprenticeship beginning in late August. By November, he had earned industry-standard certifications in networking, Linux, and AWS. He also learned Python: developing a functional application from scratch.

After completing the Network Development Engineer Pre-Apprenticeship program with TLG Learning he spent the following weeks interviewing, which ultimately led to him having to choose from multiple offers! As 2021 rang in, Justin was already well into his new position with Austin-based Simpler Trading. His choices led him to where he is now: relishing a career centered on logic, problem-solving, and service.
Now, this is a success story that truly inspires us all.