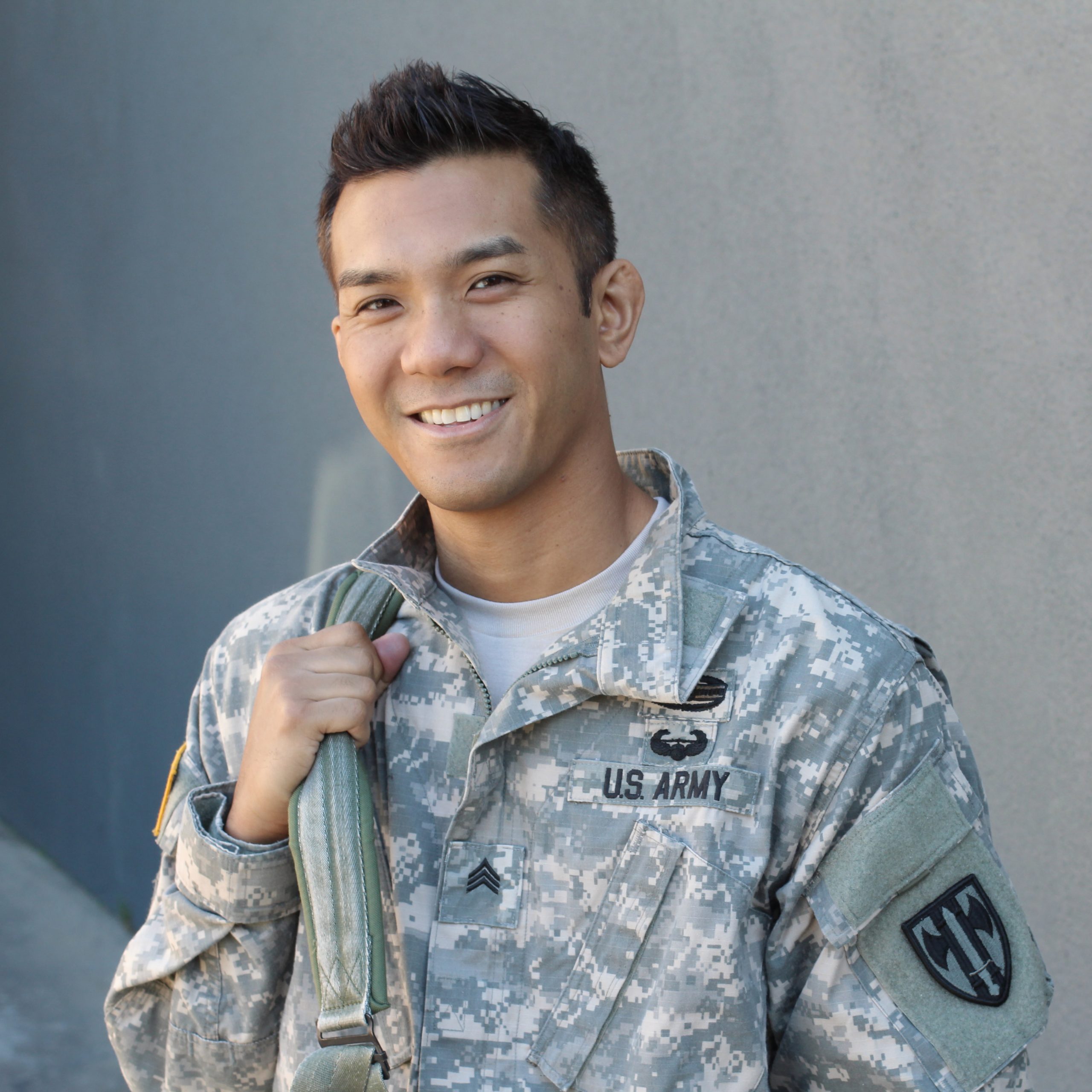 Thank you for your service!  Veterans like you enrolled in TLG’s IT Career programs to change their career trajectory and improve their lives.  As one of our graduates put it,

“This was the fastest, most direct path to a Tech career.”

However you got here, at TLG we love helping Vets and we’re here to help you participate in any of our IT Apprenticeship, IT-Pre-Apprenticeship, or Vendor Certification Programs to support your move or advancement in your IT career.

The AWS Certified Developer Program – is intended for individuals pursuing a role developing and maintaining an AWS-based application.

The AWS Certified SysOps Program – is intended for individuals pursuing an administrator role in the deployment, management, and operations on the AWS platform. 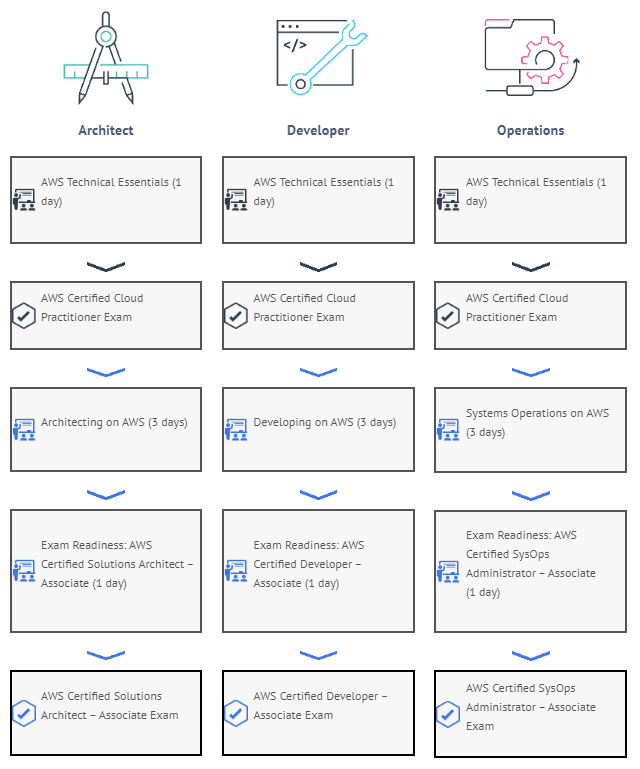 When you choose one of our AWS Certification Programs you can also expect training on:

In addition, if you choose one of our IT Apprentice programs you can expect:

Veterans can make use of both the GI Bill® and the Veteran Readiness and Employment (formally known as Vocational Rehabilitation & Employment) benefits and TLG has experts on staff to help you navigate these funding programs. We’re here for you.

Army Reserve Veteran Adapts During Hardship & Soars Into an IT Career

When Genavous Bell Jr. told his family he planned to join the United States Army following high school, they were dubious. Where would it lead? But as he served in the Army he developed skills as an adaptable communicator, leader, thinker, and planner. Since he was National Guard, he was able to simultaneously explore the […]

This Will Be The Year! What if one is successful in their current career, but they feel they can do more? Just stay put, or make the leap? That was Rubi Reeser’s dilemma. Although this Army veteran studied Chemistry in college, she landed a job leveraging her leadership and logistics expertise. After several years of […]

James Vinciguerra studied Criminal Justice in college while beginning his career in retail. He moved his way up the ranks from clerk to store manager by demonstrating deep care for customer welfare and an owner’s mentality for business. When he decided to enlist in the United States Army, they plugged his talents into maintenance. As […]

As the child of Army servicemembers, Desmond West will tell you he’s from “everywhere”. Upon earning a Bachelor’s in English Literature, he sought to enlist into a very narrow field of interest: Cryptologic Linguistics. Once he landed his dream military occupational specialty, he headed to the renowned Defense Language Institute in Monterey, CA. Following his training […]

Success Story: Multiple Offers In IT For This Veteran!

Choice, not chance, determines your destiny. – Aristotle The same quote holds true in Justin’s success story of transitioning from the military into an IT Career. After earning a Bachelor’s Degree in Philosophy, Justin Gilley felt a pull to serve in the United States Military. He enlisted in the Army and served for four years […]

When Randall was growing up, his mom cared for him and his sisters by opening an in-home childcare center. Early on he was put to work as the kid who figured out problems and fixed them: applications, computers, connectivity—you name it! He had technical aptitude, but he also had a creative streak: studying Theater Arts in college and […]

Using Adaptability & Grit from her Army Days, Shirley Becomes a Microsoft Security Analyst During a Pandemic

When we interviewed Shirley Wu for TLG’s Network Development Engineer Pre-Apprenticeship program, we asked her what skills she would use to help her succeed.  She said 8 years in the Army means grit, adaptability, and an attitude of working at something until a solution is found. We had no idea how much of this she would end […]

Ohio native Timothy Cowan joined the United States Air Force shortly after high school.  The Air Force leveraged his sharp mind and knack for systems and troubleshooting by training him in avionic maintenance. He was assigned to Joint Base Lewis McChord (JBLM) and he had the good fortune of his wife accompanying him to Washington state. He […]

Army Pilot Makes His Way Into The Amazon Cloud

As a child, Luke Thompson competed as a gymnast.  The early discipline and physical fitness paid off when he enlisted in the Army.  He set his sights on Special Forces and was selected for training.  As expected, his personal life grew alongside his career and he met and married his wife.  While he was getting […]

A Veteran’s Journey From Army To Amazon

Today Shreeja is busy training for her AWS Solutions Architect Apprenticeship with Amazon.  How did she get here? Interested in understanding the human mind, she studied Psychology in college.  With her degree in hand, she found herself drawn to serving in the United States military. Upon enlisting in the Army, she was assigned to Logistics. There […]

D.C. Area native Damien Tyler served 5 years in the United States Army before being assigned at Joint Base Lewis McChord. Having served our country honorably, he now faced a new challenge of transitioning from military service into the private sector, but without relevant private sector work experience to lean on. He was sure of two […]

John Hession won’t be outworked. He took this ability to college and earned a degree in History, but he wasn’t sure what to do next. High school buddies of his who’d gone into military service told him to come and join them, and he did.   John enlisted in the United States Army and earned the right […]

IT Pre-Apprentice shifts from Physical Fitness to Mental Fitness

Despite beautiful beaches, the quiet Florida town of Fred Acevedo’s youth was not a likely environment for sparking and fostering a passion for Tech. Though he enjoyed tinkering for hardware and software, he didn’t see a clear path to a career. And after graduating, Fred gladly followed the footsteps of his parents and enlisted in […]

As a child growing up in Rhode Island, Chad Giguere had dreams of becoming a fighter pilot. By the time he was old enough to take the military placement assessment, he had seen news and footage of the 9/11 attacks and decided the fastest and most direct impact would be in the infantry.     Following six […]

Stick Your Neck Out!

What you can do, or dream you can, begin it; boldness has genius, power, and magic in it. -Goethe Alana Franklin’s vocal talent led her to study opera in college. As she decided she wasn’t going to go pro, the job market pulled her into assistant and office management roles. And those roles eventually pulled […]

Roscoe has had multiple lives: from serving in the United States Navy to professional dancing, competitive boxing and coaching. To entertain himself he studied math and took courses with Khan Academy. Seeing unrealized interest and talent, Roscoe’s girlfriend mentioned he might want to look into a program she’d heard about called Apprenti. He took the assessment […]